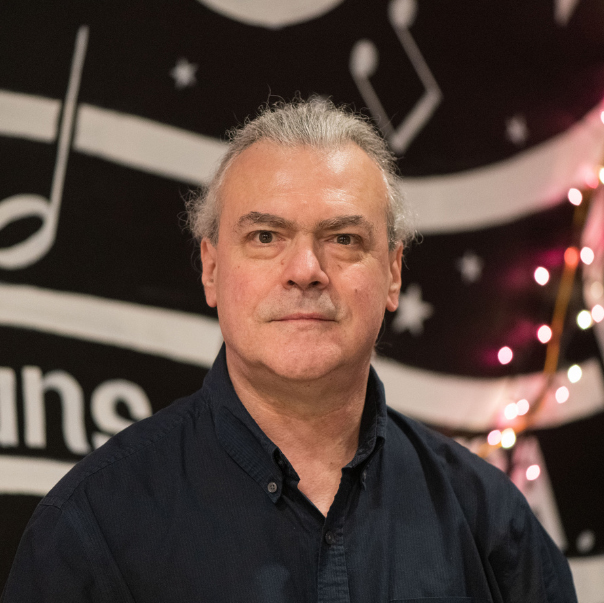 Drummer Paul Albrecht, a lifelong Philadelphia-area resident, has been performing professionally since he was 15.He has a long, diverse professional background in American music styles, primarily rock ,pop, blues, and jazz. He attended Berklee College Of Music(1973-74),studying with legendary jazz drummer Alan Dawson, then continued his studies locally with Nick Moffo. Throughout the 1970s and 80s,Paul performed extensively in the Tri-State area with many groups, playing rock, Top 40, disco, country, new wave-the popular styles of the time, and played with Philly jazz.

In 1986,Paul began a steady gig with legendary Philadelphia-based jazz virtuoso multi-instrumentalist/vocalist Bruce Mills. Mr. Mills' group was the house band at Jewel's, playing opening and intermissions for many national and international jazz artists. The group then became the house band at Sterling's Place, performing 3-4 nights a week until Mr. Mills' passing in 1989.Philly jazz legends Jymie Merritt(bass) and Eddie McFadden(guitar), among others, were members of the group for a period.

Currently, he performs with The Jive Boppers, The Eric Loken Quartet, The Hurricanes, The Tony Hughes Trio, and The Philly Blues Kings (sub),as well as freelance opportunities.

Paul has maintained a continuous, dedicated teaching practice since the early 1980s.He currently teaches at New Jersey School Of Music, Medford, NJ. Paul's teaching methodology and approach is based on his lifelong, varied professional performing experience; and centered on a thorough understanding of rhythmic fundamentals and practical, real-life application emphasizing the drummer's role and requirements as a team member and accompanist. His goal is to enable each student to eventually be able to teach themselves, from a vantage point of knowledge and understanding.