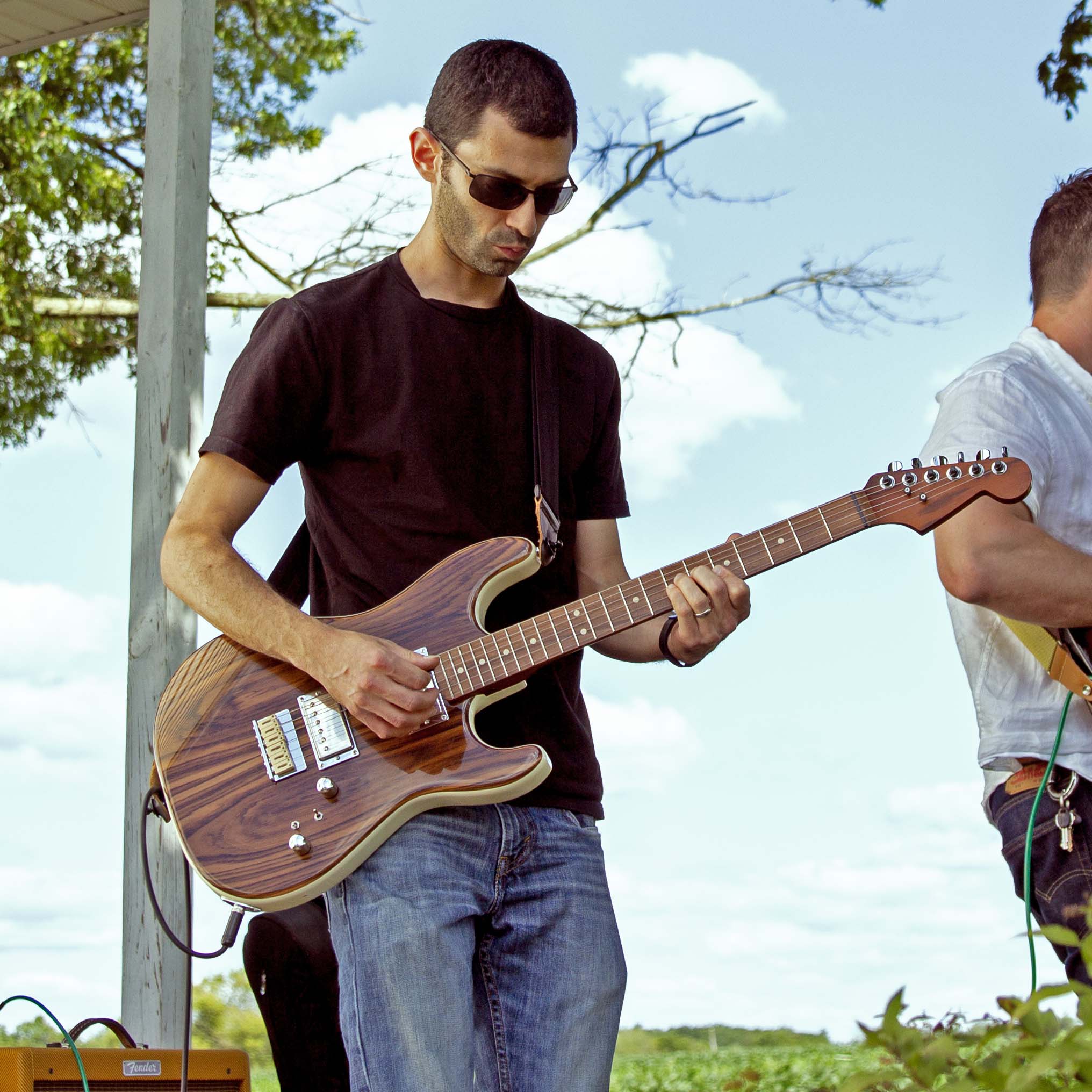 While at Temple Matt studied guitar under the direction of Allen Krantz and had the opportunity to perform in a master class by Jason Vieaux. Other notable teachers Matt has had the opportunity to work with include: Dr. Cynthia Folio (Music Theory), Dr. Alex Brinkman (Music Theory), Dr. David Cannata (Music History), Dr. Jeffrey Cornelius (Conducting), and Dr. Steven Kreinberg (Music History). Matt took classes in digital recording, how to teach music utilizing modern technology and acoustics. Matt also performed in the Temple University choir at the Kimmel Center under the direction of Allen Harler and the Mahler 9th Symphony with the Symphony in C.

Matt has been performing in bands since he was 14. Throughout high school he played in the band Jon Arbuckle. After college Matt formed the band Super Consumers, which was based out of Philadelphia. Super Consumers were featured on radio 104.5's live at 5, played for over a thousand people at the Trocadero and had a CD reviewed by the Philadelphia Weekly. Matt composed music and played lead guitar in the band. Matt's current band is "Fair Use". Fair Use plays a mix of covers and original music. Matt is also working on a solo project CD. Some of that music can be heard here.

Matt's strengths in teaching include rock guitar, classical guitar, music theory, technique and sight-reading. He believes that all students should learn to read music, play exercises and scales as well as learn the basics for all styles of music in order to be well rounded guitarists/musicians. In short Matt suggests all students complete at the minimum, the first level of the method book he uses, basic music theory and scales, open position chords as well as bar chords. Once a student can play chords at a competent level Matt encourages students to bring in the music they want to learn. These songs are used not only for educational purposes but to keep students interested in playing guitar and having fun.

Lessons with Matt are available on Monday, Tuesday and Friday at the NJ School of Music in Medford.